Quick: what’s a colour, a nut, and is also technically a fruit? If you guessed pistachio, then you’re correct.
Also known as the ‘smiling’ or ‘happy nut’ due to the hard casing forming a smiling face when it is split open, pistachios have been enjoyed by many different cultures since 7000BC. In fact, it was even mentioned in the Bible and was an indispensable form of nourishment for early travellers who used the ancient Silk Road trade route that linked China to the West.
But there’s more to this nut than their smile. Not only do they contain high nutritional value, but they are extremely versatile as they can be incorporated into a number of sweet and savoury recipes.
Ready to find out more about the green pistachio nut?

Going nuts for pistachios across the globe

Native to Western Asia and Asia Minor, archaeology suggests that pistachios were a common food as early as 6750 BC. The seed was then introduced into Italy around 35 AD. For a long time, the pistachio remained unknown to the rest of the world, until the 1880’s when imported pistachios became popular in the United States of America and Canada due to the arrival of Middle Eastern immigrants.

Once it was discovered that California offered the perfect growing conditions for pistachios due to its fertile soil and hot and dry climate, it was cultivated commercially in the Western world, and eventually was brought to Australia.

In Australia alone, we consume on average 3500 tonnes of pistachios per year. However, we only harvest an average of 1800 tonnes, which means that a good portion of our supply is imported from other countries, such as the US, China, Turkey, Syria and Iran. This is because they are cultivated best in extreme temperatures, such as the coldest winters and the hottest summers.

In 2017, the world production of pistachios neared 1.1 million tonnes. Pistachios are so popular that there’s even an International Pistachio Day (mark it on your calendars for February 26!) 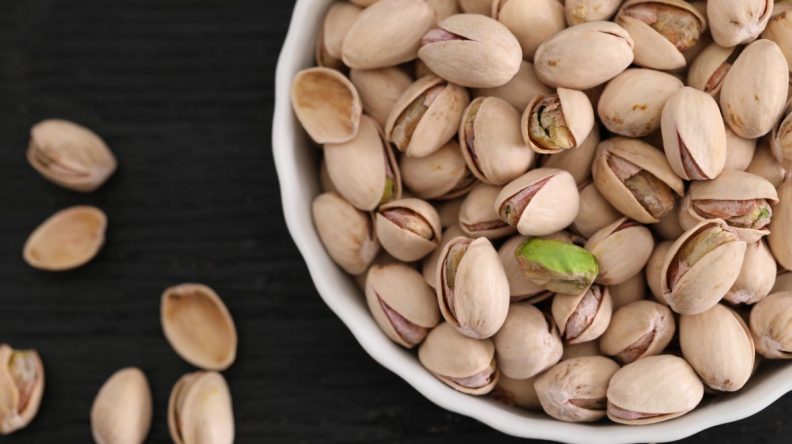 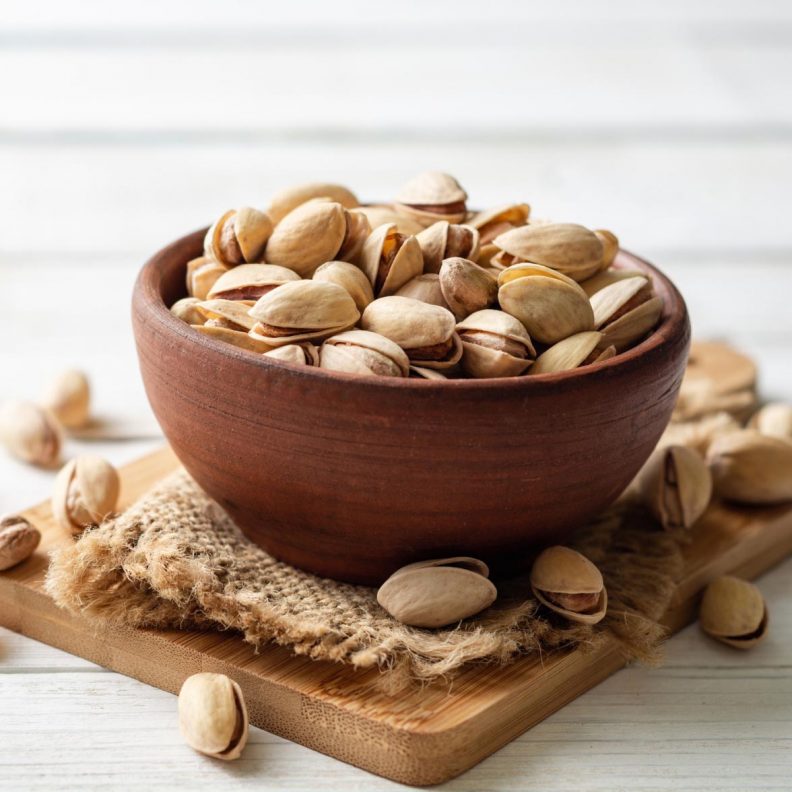 Packed with vitamins, minerals and nutrients, it’s safe to say that pistachios are definitely on the “good food” list. Here’s six health benefits of pistachios you might not have known:

Why are pistachio nuts so expensive?

No matter where you buy them, pistachios are three or four times more expensive than other nuts, making them almost a luxury.
Pistachio nuts are so expensive because the trees on which they grow on reach full-bearing around 15-20 years after being planted. Then, pistachio trees can only produce about 22kg of nuts each year. Furthermore, pistachios are sorted by hand and not by machine. Finally, pistachio trees can only grow in cool winters and hot summers, meaning that there’s only a few locations in the world where the trees can grow. Add any importing prices and tax, and the cost of pistachios quickly adds up.

Creative ways to incorporate pistachios in your meals

Besides being a convenient, healthy and tasty snack, pistachios can be enjoyed in a variety of ways. If you’re not ready yet to indulge in a handful of these nuts on their own, there’s other ways that you can add pistachios to your diet and improve your overall health.
You’re probably aware of pistachio-flavoured ice cream, but did you know that you can even try sprinkling pistachio nuts over your favourite oven-bake fish or using them to make pesto sauce to act as an alternative to the more expensive pine nuts. It can even be used as a pizza topping or a salad garnish. Their rich green or purple colour can be added to various desserts and dishes, and they bring a crunchy texture to any dessert.

A wide range of nuts from J.C.’s Quality Foods

Of course, there’s no need to go nuts now by only consuming pistachios! All nuts contain nutritious value and should be combined with a healthy and balanced diet. J.C.’s Quality Foods has all of your foodie needs covered, delivering quality fruits and nuts that are grown and packaged in Australia. Get in touch to order yours today.

Everything You Need to Know About Fruit & Nuts

Everything You Need to Know About Almonds

Our go-to recipe a nutritious dairy-free alternative that can easily replace dairy milk in most recipes.