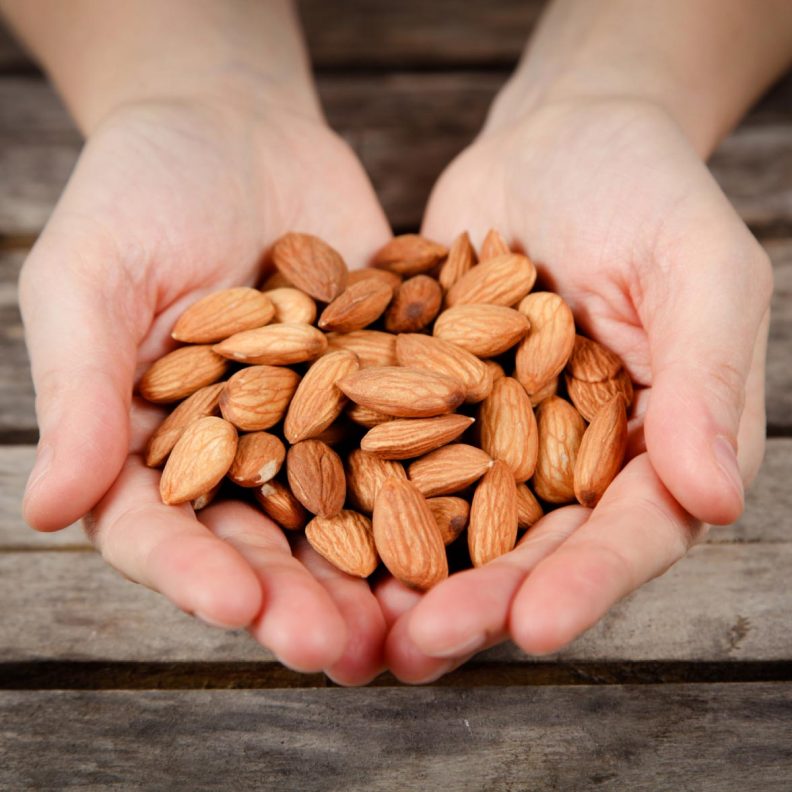 Have you heard that Old Wives’ Tale about Almonds? Apparently, if you eat a handful before drinking alcohol, you ward off any chance of a hangover! Whether or not this is a fact is yet to be seen, but there is certainly a heap of reasons to munch on one of the world’s oldest nuts.
From their rich history and their social influence over the decades, right down to their many health benefits, read on for a deep dive into almonds and everything you need to know about them!

The History of Almonds

They’re getting a lot of attention in the media lately for being nutritional powerhouses – but did you know Almonds are no modern phenomenon? In fact, they date way back! It is said thatAalmonds are one of the first ever cultivated foods. They’re even mentioned in the Old Testament of the Bible.

Some of the first Almonds were found in China, from where traders transported them as far and wide as they could. The almond tree made its way to California in the mid 1700’s, where the industry began to blossom. During the 1800’s, we saw scientific investment and research in the nut, as well as crossbreeding to create new varieties.

Over the years, they’ve maintained something of a position of prestige, having religious, social and ethnic significance. The Romans believed almonds enhanced fertility, so showered newlyweds in handfuls of them – because who needs confetti? 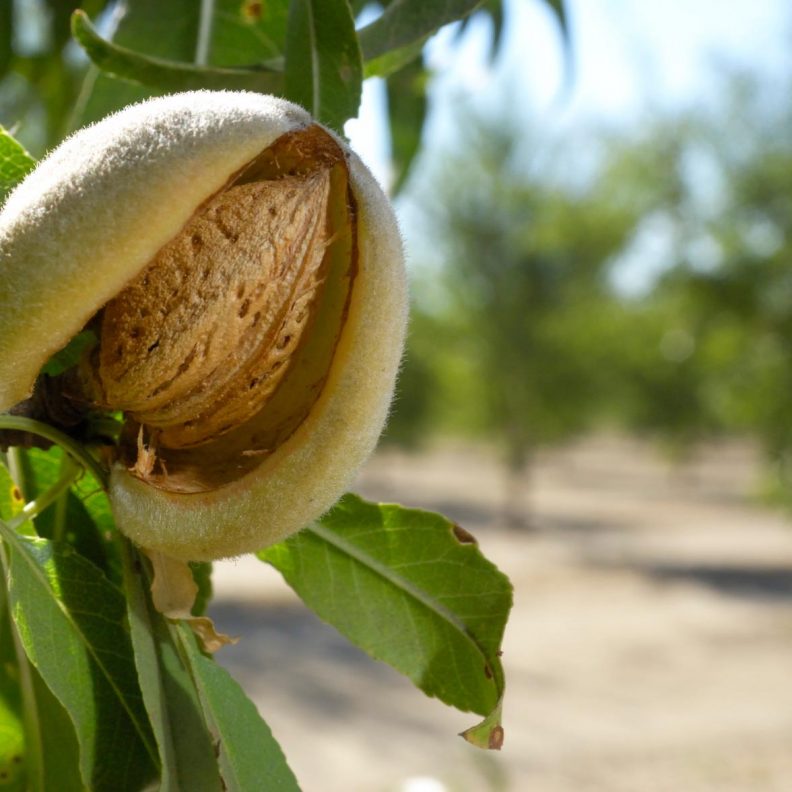 Where do Almonds Grow?

We can mostly thank our American friends for their ideal almond-growing environment. Although this impressive nut is native to particular regions across Syria, Turkey, and Israel, it’s been known to spread to Europe and Africa, too. However, the Golden State of California, USA, is flying the biggest almond flag these days.

It’s estimated that California produces over 80% of the world’s Almonds. The demand for this crunchy, lightly-salted nut is mostly driven by Chinese and Indian markets, where it’s praised for its healthy snacking qualities.

After the United States, the top Almond-growing countries (in order) are Australia, Spain, Morocco & Iran.

But what makes these climates so ideal? Almond trees like warm, dry weather, but timing is also super important. Almonds bloom earlier than other fruit trees, so can be harmed by frost if they’re not picked in a timely manner. Tropical climates are also less than ideal, because extreme temperatures can inhibit growth, causing shrinkage of the almonds. 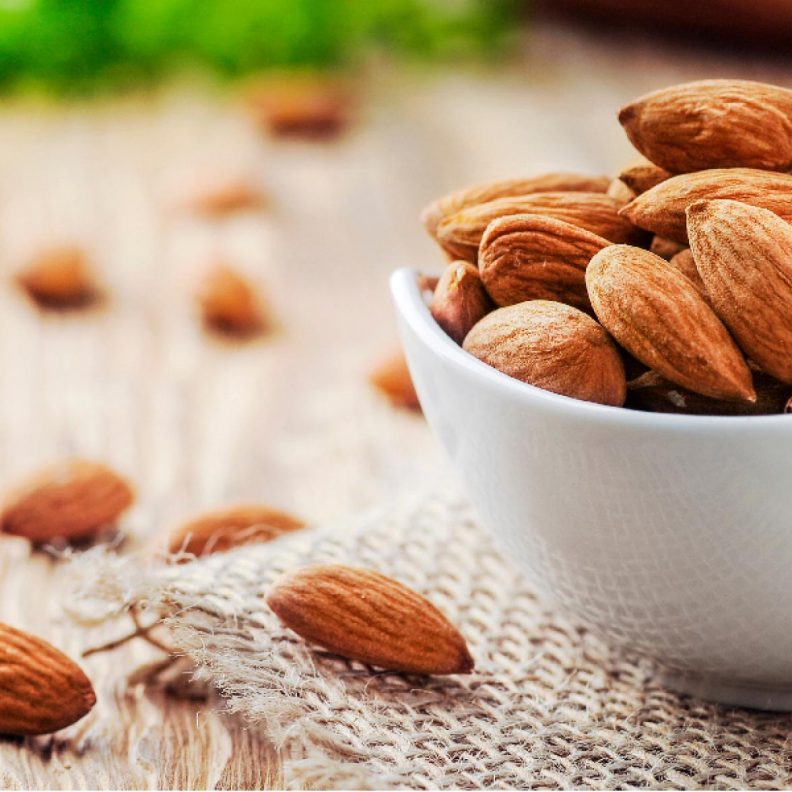 Pour a balanced diet into the palm of your hands! Almonds have all the goodness you’d expect from most nuts – think vitamins and nutrients – with a few other suspected health benefits on top. Let’s take a look at how you’re treating your body when you chew on almonds:

Almond milk: Is it just for hipsters?

Almonds can traditionally be eaten raw or roasted, but more recently are used to make milk, butter and flour. As more and more people are moving towards a plant-based diet, it’s not uncommon for your local coffee shop to offer Almond Milk as an alternative to cow’s milk.

But is this just a craze, or does it make sense to move away from dairy when we go for our caffeine fix?

Almond Milk is made by blending almonds with water and then straining the solution to get rid of any solids. The result tastes almost similar to regular milk, with a nutty hint that can give your tea or coffee a pleasant flavour (one that many people prefer!) It’s nutritious, low in calories, dairy-free and could reduce the risk of heart disease. With most of the health benefits we get from almonds, we can’t see this craze dying out anytime soon!

Shop with us for healthy ingredients

To bring all of  these amazing recipe ideas to life, shop online with J.C.’s Quality Foods. We pride ourselves on supporting Aussie households and will always be there to meet your need for delicious and healthy products. Contact our friendly team to find out more.

Don’t forget to tag us on social media if you create any of our nutty recipes. We’d love to see them!

Our go-to recipe a nutritious dairy-free alternative that can easily replace dairy milk in most recipes.

Our Australian dry roasted almonds have great texture and are full of flavour. A front runner for smooth and nutritious nut butters.

Our premium New Season Australian natural almonds are delicious and pack plenty of crunch. Roast them in your favourite spice blend for extra kick and share with friends or family.